Dr P V Bharat
A Doctor and a Numismatist

Madras Presidency, also known as and known officially as Presidency of Fort St. George, was a province of British India with capital at Madras ( now known as Chennai) and included many parts of south India :-

The first British settlement on east coast or the was in 1611, at Machilipatnam (Masulipatam). Fort St George in city was erected in 1640. was purchased by the French in 1762.

The population in 1901 was divided into Hindus (3.7 million), Muslims (2.7 million) and Christians (1.9 million). The main languages were Telugu, Tamil, Kannada, Malayalam Tulu and Oriya.

Five princely states fell under the political authority of Madras Presidency. They were: , Pudukkotti, Sandur, and Travancore.

After India's independence in 1947, Madras Presidency was reconstituted as Madras State. In 1953 the Rayalaseema and Coastal Andhra regions became the new state of Andhra, and Bellary district became part of Mysore State . In 1956, South Kanara district was transferred to Mysore, the Malabar Coast districts became part of the new state of Kerala , and Madras state, renamed Tamilnadu in 1968 , took its present shape. The northern district of Madras presidency, Ganjam, was transferred to Orissa

After Musalipatnam, the next settlement in south was in Madras in 1620. The trading activities grew at a very rapid rate there. They purchased land where the Fort St. George stands today and the First English Mint was established in 1640 by one francis day. 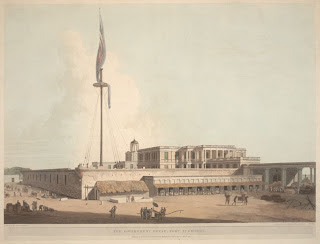 The firman granted to the East India Company by Venkatdri Naik in 1639 permitted it to "perpetually enjoy the privilege of mintage." This mint was run on contract by various dubashes - Komati Chetties all - but used gold imported by the Company. In the 1650s, the Company decided it would run the mint itself and appointed English supervisors.

The Madras mint struck coins for in and around the company's territories in for the Northern Circars for nearly 200 years. The initial coins were dump coinage similar to those of the neighboring Hindu territories followed by close imitations of the Moghul coins of the Subah of Arcot.

In 1692, the mint was permitted to mint the silver rupees of the Mughals. A new mint was built in the Fort in 1695, then rebuilt in 1727 in the northwest corner of the Fort, by what became known as the Mint Bastion. In 1742, a second mint was established in Chintadripet. The same year, the Fort mint was permitted to strike the Arcot rupee and Arcot coins of lower denominations. In 1792, the Chintadripet mint was moved to the Fort and the two mints became the gold and silver mints, minting star pagodas, which were replacing the Madras Pagodas, Arcot rupees and Madras and Arcot fanams and doodoos.

The Company decided to establish two bigger mints at Bombay and Calcutta in 1815. From 1835 - 1867 the mint also struck Uniform coinage for circulation.The Madras mint assisted these mints and since its capacity was insignificant , the mint was finally closed down in 1869 to make way for the government press in the same premises. But Mint Street - once Thanga Salai - remains a Madras name.

Early Coins : Dump Coins
The earliest coins of the company in Madras were small silver pieces issued from their factory at Fort St. George in about 1670's. These coins were undated with two interlinked C's on the reverse (assigned to the reign of King Charles II).

During the 18th century silver coins were minted bearing the Company's bale mark(an orb and a cross) inscribed C.C.E (Charter Company of England) and in some cases G.C.E (Governor and company of merchants trading into the east Indies). All these issues were meant for use within the company's factory and surrounding areas and also for exchange with European traders. They were not meant for circulation in the interior of the country.

In 1742 company obtained permission from Nawab Sadatulla Khan of the Subah of Arcot to coin rupees in imitation of those struck at the imperial mint at Arcat. These coins were poorly struck with dies bigger than the blanks used. Hence, only a part of inscriptions are generally visible. They bear the name of Alamgir II with Sixth year of reign and have a 'lotus - mint mark'. This undated series continued for about 50 years. Subsequent issues had Hegira Date '1172' equivalent to 1758 A.D. irrespective of the year of minting. The R.Y-6 also appears on all issues.

Machine Struck Coins
In 1807 new machinery was introduced and mint produced 2 silver coin in European style with oblique milling. One series based on Hindu standard consisted of One and Two pagoda in gold, Half and Quarter pagoda and Fanams in silver. The copper coins consisted on Cash denominations.


The other series based on moghul standard were gold mohurs and fractions of mohurs : ¼, ⅓ and ½ . They issued rupees together with fractions down to ⅛ and 1⁄16 rupee in silver. Madras also issued 2 rupees coins. Although minted in 1807 and later all bear the frozen date "1172"A.H.
Copper coins in this series were Faluce(Dub) with inscriptions in persian on one side and Tamil and Telugu inscriptions on the other side indicating the value in Dub units.
In Madras, there were copper coins for 2, 4 pies, 1, 2 and 4 paisa, with the first two denominated as ½ and 1 dub or 1⁄96 and 1⁄48 rupee. Madras also issued the Madras Fanam until 1815.

Although the two systems of coins were in circulation at the same time but they were unrelated.

After 1818, Rupee was made the standard coin and the weight was fixed at 180 grains with smaller pieces in proportion. The pagodas and fanams were demonetized from that year.

3. 1830-1835 : Struck at Calcutta with 'Rose' mint mark and upright milling but with a small crescent added on the reverse (rupee and half rupee coins) and on obverse(1/4 rupee coins).

The was a former division of Madras Presidency and consisted of present-day Indian states of Andhra Pradesh and Orissa. The territory derived its name from Circar or Sarkar, an Indian term applied to the component parts of a subah or province, each of which is administered by a deputy governor. These Northern Circars were five in number, Chicacole, , Ellore, Kondapalli and .

By a treaty, signed in 1768, the nizam acknowledged the validity of Shah Alam's grant and resigned the Circars to the Company, receiving as a mark of friendship an annuity of 50,000. , as the personal estate of the Nizam's brother Basalat Jang, was excepted during his lifetime under both treaties. Finally, in 1823, the claims of the Nizam over the were bought outright by the Company, and they became a British possession.

The Northern Circars were governed as part of Madras Presidency until 's independence in 1947, after which the presidency became 's state. The northern, Telugu-speaking portion of state, including the , was detached in 1953 to form the new state of Andhra Pradesh.

Coins for use of Northen Circars division of the Madras Presidency with headquarters at Musalipatnam were:- 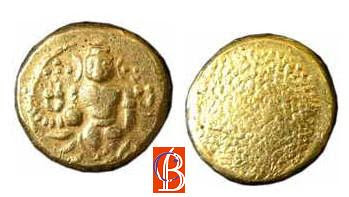 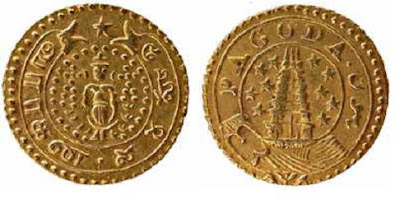 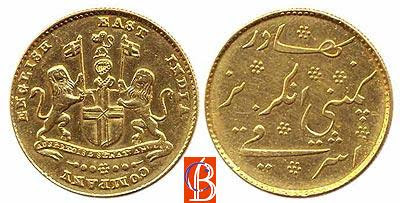 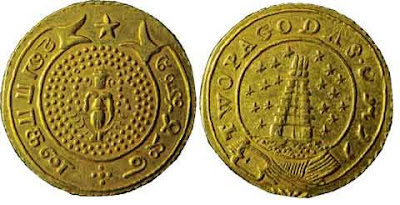 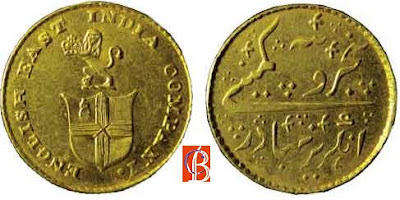 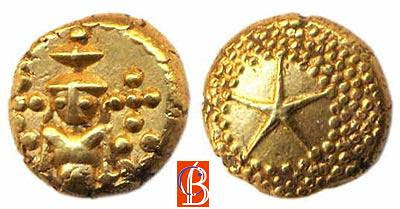 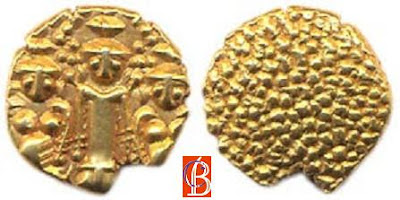 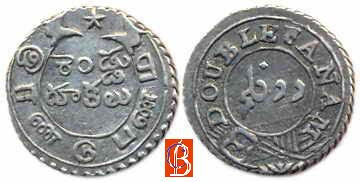 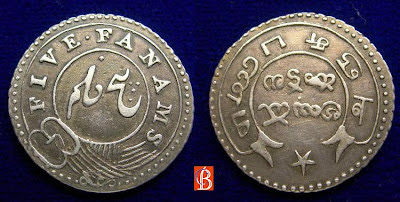 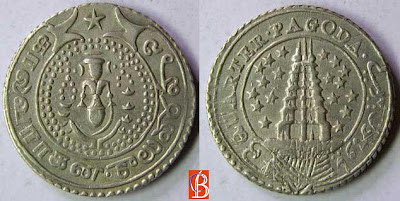 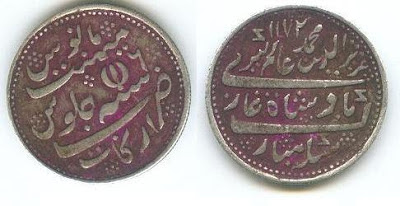 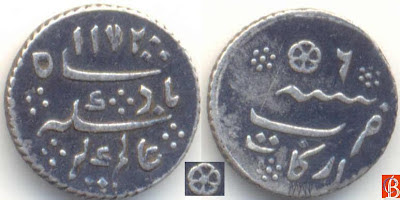